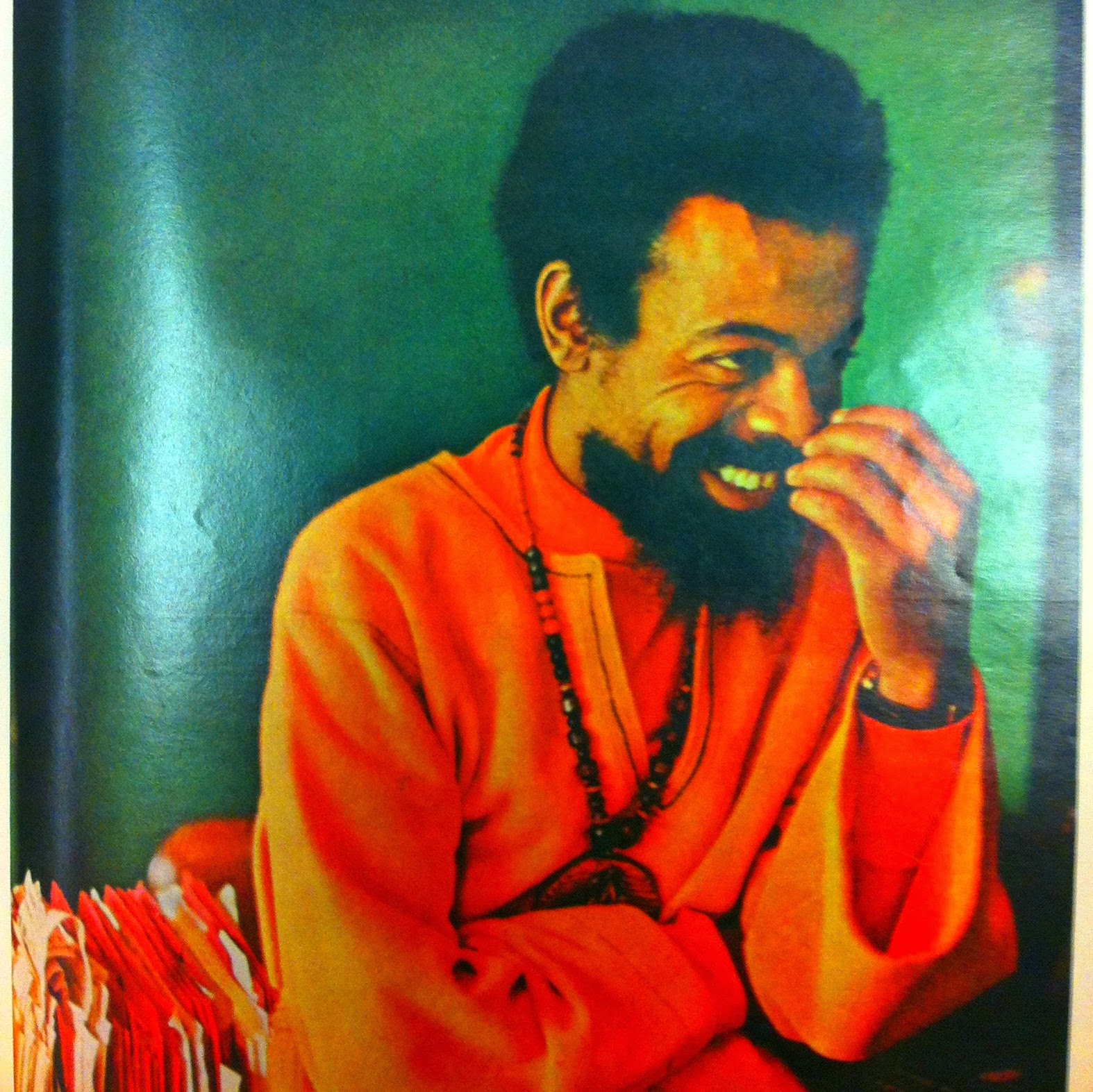 Yesterday, in the center of the Studio Museum exhibition on Afrofuturism ("The Shadows Took Shape"), my friend Maryam told me that Amiri Baraka had passed on. This seemed like a perfect place to hear such profound news. Amiri--poet, playwright, essayist, fiction writer, revolutionary, diasporatician--consistently nurtured our link to generations past and ahead through a vast web of creative intersections in his writing and actions.

Amiri's 1958 story “Suppose Sorrow Was a Time Machine” envisioned his own family's history as an emotional time-loop knotted by racial violence. His 1963 work Blues People re-positioned Africana music in the U.S. as a technology of cultural evolution and secret resistance. In 1965, upon hearing of Malcolm X’s assassination, Bakara left Greenwich Village for a new life in Harlem, and then moved to Newark in 1966 to join a long collective process of organizing the entire city through the Spirit House and beyond. His 1968 poetry anthology Black Fire!, co-edited with Larry Neal, and Cricket collaborations with leading jazz musicians, wielded public art as both a weapon and a salve. Always unassimilable, Amiri held respected positions as urban intellectual, college educator, and poet laureate of New Jersey, while also being feared by the FBI, police, and neoliberal cultural gatekeepers. His transformations as a Beat, Pan-Africanist, revolutionary Marxist-Leninist, and Movement Elder crafted a long memory of myriad vantage points to encourage radical struggle through community arts, while critiquing willful acts of cultural amnesia (see http://www.poetryfoundation.org/poetrymagazine/article/245846).

I first saw Amiri speak in 2012 as a eulogist for the funeral of Louis Reyes Rivera, an Afro-Puerto Rican poet and member of the long CUNY movement for Open Admissions and Third World Studies. Amiri spoke with jubilant praise about Rivera’s legacy, and welcomed us to celebrate that moment of passage among family, community, and jazz music that vibrated the church walls. It felt more like a birthday than a day of mourning.

In mid-2013, I finally met Amiri at a CUNY Graduate Center event celebrating his friend the poet Ed Dorn. Amiri was stooped, lean, and measured, a compact man who seemed his age… until he took the podium. His loud melodic voice had the room rolling with bawdy jokes, then murmuring at how he and Dorn tried to fuse poetry and historiography in a time of enforced forgetting, and then stone-silent as he described how Dorn’s time-loop kinship to white insurgent John Brown needed to be woven again by people in that room. And with a final blued note of mischievous gratitude, he stepped down and took his seat.

As ruling-class eulogies now choose to excoriate and obscure Amiri Baraka--some having been written before he even died--I urge us all to share his work widely, and listen to the reflections of those who directly encountered his fiercely inspiring, radically loving presence. Amiri Baraka, rest in perpetual power.

Michele Wallace
I am a writer and a professor of English at the City College of New York, and the CUNY Graduate Center. My books include Black Macho and the Myth of the Superwoman (1979), Invisibility Blues (1990), Black Popular Culture (1992), and Dark Designs and Visual Culture (2005). I write cultural criticism frequently and am currently working on a project on creativity and feminism among the women in my family, some of which is posted on the Soul Pictures blog.